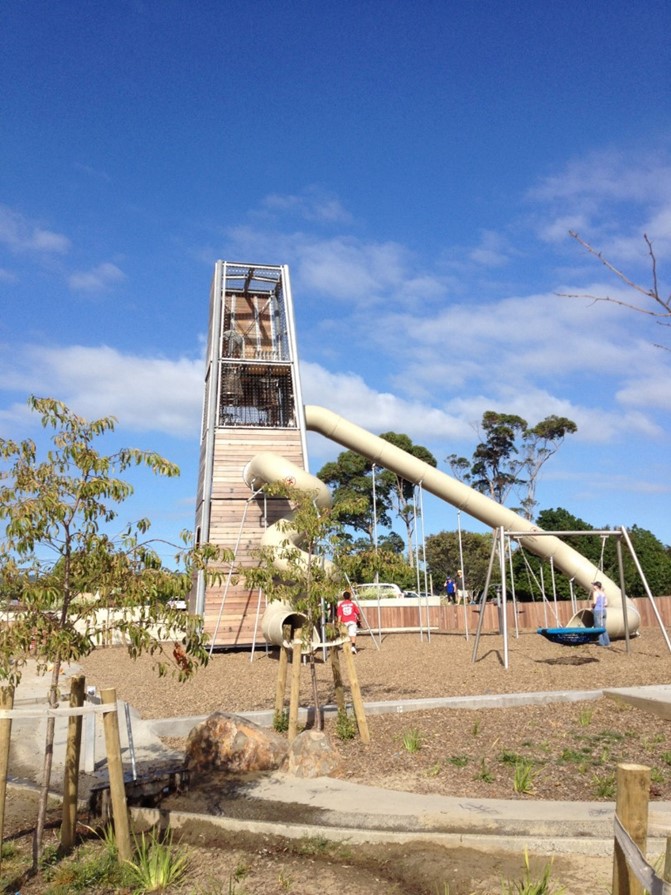 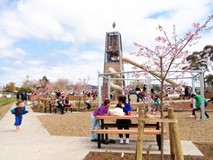 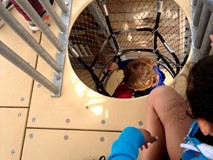 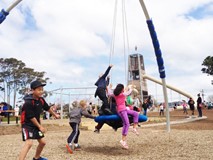 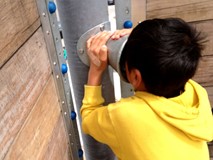 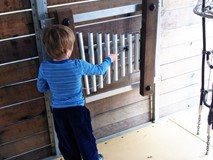 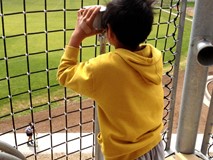 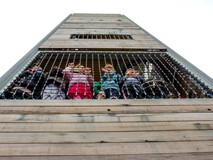 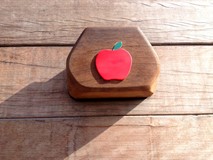 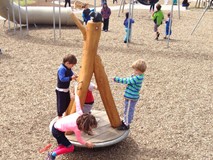 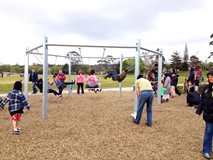 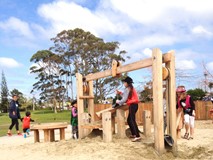 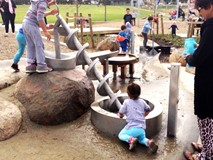 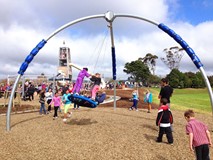 Designed by Catherine Hamilton of Opus International, Parrs Park sets a new bench mark for destination playgrounds in New Zealand both in terms of the use of space and iconic playground equipment. The centre piece of the play space is the 11m high Corocord ‘Oratia Beauty’ Tower – so named as it has been designed to represent stacked apple boxes, a nod to the horticultural past of West Auckland. Clad with beautiful recycled timber, the Tower features four spacious levels with various climbing activities for different abilities and two massive and very thrilling slides. The top level can only be reached by older or more capable children and it boasts stunning views of the rest of the play space and the surrounding area which can be seen through real binoculars!

Other features of the Parrs Park include New Zealand’s first ever Giant Birds Nest Swing – at over 5m high this swing has a huge 360 degree swing-arc and will provide plenty of thrills for anyone who wants to have a go. Because of high use nature of the Parrs Park Playground, a PlatinumPlay Six Sided Swing has been installed to make sure there were plenty of swings to go around. Sand and water play is a key feature of this playground with Small Building Site from Richter Spielgerate for hours of sand play fun and bespoke water pumps and dams for experimenting with water flow in the Rill that winds its way through the play space.

Parrs Park has something to offer for everyone and is definitely a playground that you’ll want to pack a picnic for because chances are your kids will want to stay for a while!